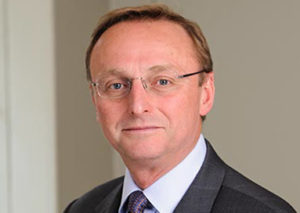 Richard Southern specialises in commercial litigation and arbitration, including shipping, energy, commodities and international trade, as well as professional negligence, marine and non-marine insurance, and reinsurance.

As a silk, Richard’s work has included a wide range of litigation and arbitration. Recently Richard has been involved in several significant cases including a lengthy Commercial Court fraud trial (now under appeal), a series of arbitrations arising out of unperformed contracts of affreightments, several oil trading disputes both in court and in arbitration, an international arbitration concerning a drillship, shipbuilding and purchase disputes, and professional negligence claims against insurance brokers. He is ranked by Chambers UK 2016 as a leading silk in Shipping and Commodities (“He is extremely good. He is very thorough, always delivers on time and has a very good instinct for where a case is going to go”) and by the legal 500 as a leading silk in commodities, energy, insurance and reinsurance, and shipping (“an excellent advocate who picks the right points”). His work is principally advocacy and advisory although he also accepts appointments as an arbitrator and as an independent expert.

Banking and Finance is part of many international trade disputes.  Richard is familiar with letter of credit issues, ship financing arrangements and mortgages, pre-finance arrangements and the like.

Richard has acted in several cases for an international oil trader and is familiar with most aspects of oil trading (including hedging), as well as shipment of oil cargoes and the UK gas market.

Richard has represented parties in a wide variety of commercial claims, with particular emphasis over the years on commercial fraud, oil related disputes, and mergers and acquisitions disputes.

Richard is currently involved in a claim several (unrelated) fire claims, for the insured and for the insurers, a large material damage and business interruption claim involving a blast furnace, and a number of disputes between insureds and their Errors and Omissions insurers.

About half of Richard’s practice involves confidential arbitrations, some before LMAA or GAFTA arbitrators, others in the LCIA or on UNCITRAL terms, and many on the basis of ad hoc agreements. All are confidential. Richard also accepts appointments as arbitrator.

Jurisdiction and Conflicts of Laws have been one of Richard’s particular specialities over the years, although in recent years few of the disputes in which he has been involved have fought to a conclusion on jurisdiction or conflicts issues specifically.

Richard is currently involved in several brokers’ negligence actions as well as claims against a firm of solicitors arising out of conveyancing transactions, and both architects’ and surveyors’ negligence claims.   In 2010 Richard has represented an insurance broker, and the insurers of a structural engineering firm in mediations, both of which have resulted in settlement agreements.

Richard has recently represented an Owner in a string of COA related disputes and a Charterer in a different string of COA related disputes.  Other recent cases involve a substantial dispute over the condition of a vessel after a long bareboat charter, a dispute concerning a coal handling contract, numerous time charter and voyage charter disputes

Measure of damages in contract and causation under exceptions clauses

Following a fire at its Dunstable premises, Synergy, a company which provided laundry and related services to the NHS, made a claim for both material damage and business interruption losses under its Combined Commercial Policy for the year 30 April 2005 to 29 April 2006, which had been underwritten on behalf of the insurers (the […]

[2011] 1 Lloyd’s Rep 550; [2010] EWHC 2617 (Comm) Richard Southern QC and Michael Holmes represented the charterers in this case concerning termination of a long term charter under the terms of an oil majors’ approval clause. The chaterers’ right of termination was successfully established in arbitration and the appeal to the Commercial Court was […]

Richard Southern QC and Sarah Martin acted for the broker, Towergate. The claim was successfully defended on all levels and is an important authority on the limitations on the extent of a broker’s duties, as well as the circumstances in which a finding of contributory negligence might be made in an action against an insurance […]

[2010] EWCA Civ 697; [2009] EWHC 2267 (Comm) Richard Southern QC and Jessica Sutherland acted for the Defendant in a breach of warranty claim arising out of a share sale and purchase agreement for the sale of a UK gas retail business; the claim was successfully defended both in the Commercial Court and in the […]

[2010] EWHC 141 (Comm) Richard Southern Q.C. and Alexander MacDonald successfully acted for Glencore in claim for damages for non-delivery of oil under a sale contract.

[2010] 1 Lloyd’s Rep 59 Richard Southern Q.C. led Richard Sarll for Classic Maritime in a claim under a contract of affreightment which was alleged to have been frustrated by reason of the worldwide downturn in international trade. Practice — Summary judgment — Contract of Affreightment containing arbitration agreement — Parent company guaranteeing charterers’ obligations […]

[2009] Lloyd’s Rep IR 27 Richard Southern Q.C. was Counsel for the claimant, a bailee of goods, against its insurance broker; the claim was pursued to a successful judgment. Insurance broker – Policy placed for bailee – Policy covering losses only where bailee faced liability for goods – Whether brokers in breach of duty – […]

[2007] EWHC 1150 (Comm) Richard Southern Q.C. leading Charles Holroyd; and Robert Bright Q.C were involved in a claim against insurers and brokers on a programme of contract frustration indemnity insurance.

[2007] Lloyd’s Rep IR 359 Richard Southern Q.C. and Stephen Phillips – Reinsurance – Reinsured entering into agreement with assured to pay proportion of claims – Agreement based on terms of market agreement not involving the reinsured – Without prejudice privilege – Whether offers by reinsurers to settle were admissible in evidence – Whether settlement […]

[1995] 1 Lloyd’s Rep. 40 Richard Southern and Andrew Wales – Unseaworthiness – Due diligence – Carriage by sea – Failure of shell plating on port side of No. 4 hold – Total loss of cargo – Whether vessel unseaworthy – Whether unseaworthiness caused by want of due diligence.

[1995] 1 Lloyd’s Rep. 251 Richard Southern – Banking – Sale of ship – Notice requiring sale – Undertaking in loan agreement that if vessel had not secured employment bank could require vessel to be sold – Whether notice requiring sale served within reasonable time – Whether implied limitation on time within which bank entitled […]

[1993] 2 Lloyd’s Rep. 408 Richard Southern – Arbitration – Award – Limitation of time – Charter-party dispute – Delay in taking up award – Charterers alleged technical misconduct by arbitrators – Whether application for extension of time for leave to appeal should be granted.

[1991] 1 WLR 756; [1991] 3 All ER 878 Richard Southern – Practice – Witness statements – Exchange before trial – Witness statements and expert’s report directed to be served by plaintiffs on defendants – Action settled – Whether any restriction upon subsequent use of statements or report in relation to other proceedings

[1991] 1 Lloyd’s Rep 69; [1991] 2 Lloyd’s Rep 325 C.A Timothy Saloman and Jonathan Gaisman and Christopher Butcher and Richard Southern were involved in a matter where Plaintiffs claimed damages for short delivery – Whether carrier a proper or necessary party to action – Whether carrier domiciled and principle place of business in Germany […]

May 6, 2020Richard Southern QC and Richard Sarll of 7KBW have prepared a bulletin on COVID-19 and the oil market, which considers the applicability of frustration and force majeure to contracts for the sale of oil and oil products. Members of 7KBW intend to produce bulletins on various topics affecting the oil industry at regular intervals over […]Read more...

COVID-19 & ITS EFFECT ON THE OIL MARKET: Frustration and Force Majeure

May 6, 2020Executive Summary The effects of the COVID-19 pandemic on the oil market have been remarkable. It was estimated that oil consumption might fall by more than 30 million barrels per day in April – a figure which equates to around a third of the daily oil consumption.[1] That estimate has proved to be about right. […]Read more...

May 1, 2020Richard Southern QC and Richard Sarll of 7KBW have prepared a bulletin on COVID-19 and the oil market, which considers the recovery of hedging losses. Members of 7KBW intend to produce bulletins on various topics affecting the oil industry at regular intervals over the coming months. Members of 7KBW have extensive experience of the oil […]Read more...

“Cerebral and understated; an excellent advocate who picks the right points.”

“Excellent knowledge and pragmatic in his approach.”