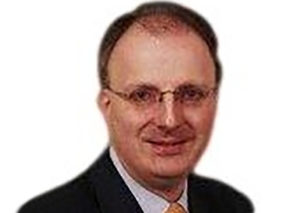 After reading for the Bar, he pursued postgraduate studies, again at King’s College, before becoming a lecturer at the University of Nottingham in 1989. He was appointed to the Hind Chair of Commercial Law in 2001.

Howard Bennett’s research and teaching interests lie in shipping and maritime law, insurance law (with a particular interest in marine insurance law), the law of international trade finance, general contract law, personal property law, and the law of agency. He is the author of The Law of Marine Insurance (2nd edition 2006) and co-editor of and contributor to Vulnerable Transactions in Corporate Insolvency (2003). He is a member of the authorial teams of Benjamin’s Sale of Goods (8th ed, 2010), with responsibility for the chapters relating to international trade finance, and Scrutton on Charterparties and Bills of Lading (22nd edition, 2011). He has contributed essays to collections on marine insurance law, charterparties, and personal property law, and is the author of several articles in leading journals. He is a member of the editorial board of the Lloyd’s Maritime and Commercial Law Quarterly. He is currently writing a short book on the law of agency and is involved in a new practitioner treatise on charterparties.

Principles of the Law of Agency by Professor Howard Bennett

October 24, 20137KBW is delighted to announce the publication of the Principles of the Law of Agency by Professor Howard Bennett (publisher: Hart Publishing). This new work provides a fresh, succinct examination of the principles of agency law exploring the rules of attribution, the rights and obligations arising within the agency relationship, the impact of agency in […]Read more...

Professor Howard Bennett, Hind Professor of Commercial Law of the University of Nottingham

March 25, 2013Chambers is delighted to announce that Professor Howard Bennett, Hind Professor of Commercial Law in the University of Nottingham, has accepted an invitation to join Chambers as an honorary member.Read more...