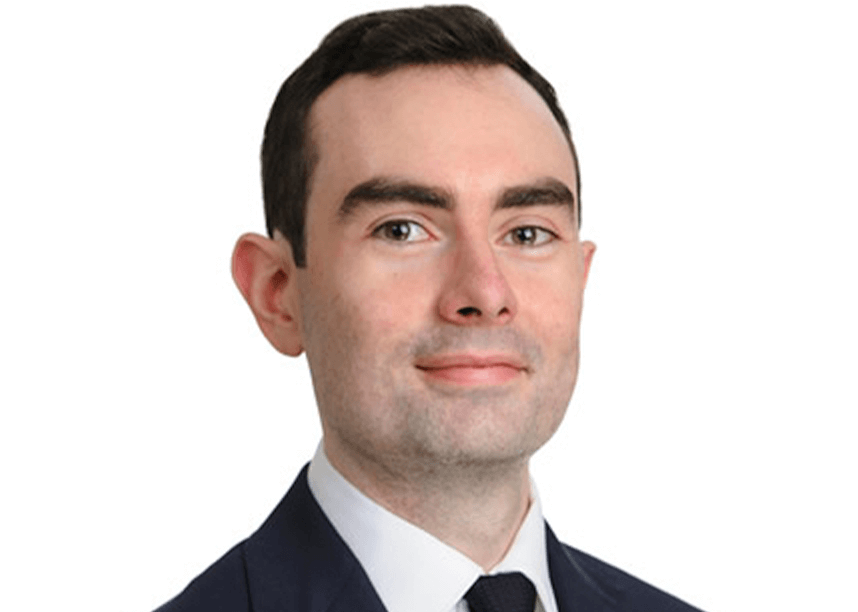 “Hard-wording and just really impressively clever, he provides a work product that is exceptionally user friendly”

“One to watch, he's very bright and picks everything up quickly”

Jason has an established commercial practice and substantial trial experience. He regularly appears as sole or junior counsel in both court and international arbitral proceedings and has extensive experience of obtaining freezing injunctions and other urgent relief in the High Court.

Jason prides himself on being approachable and easy to work with, and has been recognised repeatedly by the legal directories for being diligent (“Hard-working”, “Impresses with how hard he works”), tactically astute (“Very shrewd”), responsive and user-friendly (“responsive and user-friendly”, “very responsive”, “extremely user-friendly”, “he provides a work product that is exceptionally user friendly”), analytical (“Extremely clever and analytical”, “just really impressively clever”) and quick to get on top of complex technical and legal issues (“Impresses with how hard he works and his grasp of the technical and legal arguments in a case”, “He boils things down so they are really easy to understand”, “One to watch, he’s very bright and picks everything up quickly”).

Before being called to the Bar in 2012, Jason obtained a double-first Class in Law from the University of Cambridge (Fitzwilliam College) and a Distinction on the BCL from the University of Oxford (St Anne’s College), where he came top of his year in Competition Law and was awarded the Monckton Chambers Prize.

Jason accepts instructions in all areas of commercial law. His recent experience includes:

Jason regularly appears in the Business and Property Courts and has extensive experience of making and responding to applications for urgent interim relief, including injunctions and Norwich Pharmacal orders, and other interlocutory relief. Examples include:

Jason is also presently instructed on a number of cases concerning contractual issues arising out of COVID-19, including force majeure and frustration, and is advising regularly in this area. Jason has recently advised a chain of Michelin star restaurants in this respect.

Jason is recognised by the directories for his work in this area:

Jason is currently instructed by a state-owned natural gas company on two parallel and highly complex arbitrations, with hearings scheduled throughout 2021 and 2022 (led by David Allen QC). The claims are each worth hundreds of millions of dollars.

The case concerned a dispute between joint venture partners engaged in the exploitation of natural gas in the North Sea. The main issue to be resolved was whether the outgoing joint venture partner and operator, Apache, had given the remaining joint venture partners “reasonable assurances” that the new entrant would be capable of performing its obligations within the meaning of the parties’ Heads of Agreement. An expedited trial was ordered by Males J as that issue needed to be resolved in order for Apache’s sale to complete before the long-stop date contained in a Put and Call Option Agreement. The case was readied for trial in 7 weeks with a successful outcome. Counsel for the Defendants submitted before Males J that expedition should not be ordered as the parties required 1 year to prepare for trial.

Jason was also instructed to represent an international company specialising in offshore oil and gas exploration in a UNCITRAL arbitration (Paris seat) in a claim worth in excess of US$ 2bn (led by David Allen QC), and recently completed a two-week LMAA arbitration for an oil major concerning the unsuccessful conversion of a combined sulphur/bitumen carrier which led to deflagrations onboard the vessel in Dublin (led by David Allen QC). Jason also acted for the claimants in PetroSaudi Oil Services (Venezuela) Limited v Clyde & Co LLP [2021] EWHC 444 (Ch), [2021] EWHC 747 (Ch), which involved obtaining an order requiring a firm of solicitors and trustees to pay escrow monies of $325m into Court pursuant to CPR 64. This followed a successful 3-year UNCITRAL arbitration in which Jason was instructed, where PetroSaudi was awarded over £379m.

Jason specialises in a wide variety of shipping and international trade matters and is recognised by the directories in this field:

Jason has acted as an expert on English law in foreign courts, including in a case before the High Court of Singapore.

Recent work also includes obtaining urgent injunctive relief in respect of disputes arising from the COVID-19 pandemic, and advising a broad range of interests in the shipping industry with respect to force majeure and frustration issues.

Jason receives regular instructions to represent shipyards and buyers in respect to disputes arising out of the construction of commercial vessels and luxury superyachts. Such disputes typically concern construction defects and complex expert evidence. Jason is also regularly instructed with respect to disputes arising from the chartering of superyachts, by both owners and charterers. According to the directories, Jason is “well known for representing clients in superyacht and shipbuilding cases” (Chambers & Partners, 2021).

Jason also advises buyers of luxury superyachts at a pre-contractual stage, to assist in the review and amendment of draft yacht construction agreements. A recent example is advising the buyer of a €20m superyacht to be built by a well-known Italian shipyard. He accordingly has an in-depth understanding of the standard form of a wide range of shipyard superyacht contracts.

Insurance & Reinsurance is a mainstay of Jason’s practice and he is regularly instructed to appear in Court and arbitration (including Bermuda Form) to represent both assured and insurers. Recent work includes:

Jason also regularly acts and advises on marine insurance disputes, and has recently advised an assured mortgagee of a vessel as to whether a notice of abandonment is required where a claim for constructive total loss is made under a Mortgagees Interest Insurance (MII) policy (with Peter MacDonald Eggers QC).

Jason is presently advising a wide range of interests in respect of insurance and reinsurance issues arising out of COVID-19, including the proper construction of business interruption wording (with and without a physical damage proviso), aggregation, “hours limit” clauses, causation (Orient Express etc.) and quantum. Jason has recently advised a chain of Michelin star restaurants in this respect. Ongoing work also includes advising with respect to trade credit insurance policies and D&O insurance.

In addition to his shipbuilding and superyacht work, Jason acts frequently in a range of pure construction matters. He has received instructions on claims involving a wide range of issues, including disputes arising from design flaws, delays, suspension and termination of work, loss and expense entitlements, and the question of whether premises are unfit for purpose pursuant to the Defective Premises Act 1972. He is accordingly familiar with the standard form contracts in this area, including FIDIC, JCT, ICE and RIBA.

Jason’s work in this area involves both domestic and offshore construction projects, and he was recently instructed to advise with respect to a number of high-value claims concerning an offshore oil rig. He is also regularly instructed to advise parties during the course of ongoing projects, which often include a host of professional negligence issues. Recent arbitral work includes a multi-million pound property construction dispute on JCT terms (as sole counsel), and a multi-million dollar ICC dispute arising out of the construction of the South Stream pipeline project.

Jason’s insurance practice often overlaps with construction work and he has advised on a number of “construction all risks” policies. He is currently instructed (as sole counsel) by a group of contractors in an £80m dispute with a major insurer in respect of primary and excess layers of professional indemnity insurance policies. The underlying dispute concerns alleged building defects discovered following investigations prompted by the Grenfell fire.

Financial services is a rapidly expanding area of Jason’s practice and he was recently instructed by the Financial Services Compensation Scheme in a multi-million pound claim against a number of financial institutions arising out of the sale of PPI policies to thousands of consumers (led by Christopher Butcher QC and James Cutress QC). Jason also regularly advises in this area and recent work includes a number of cases concerning the mis-selling of interest rate hedging products.

Jason regularly accepts instructions in the field of aviation. Recent work includes acting for a private luxury charter company in respect of breach of aircraft lease agreements and non-payment of security deposits under aircraft sale contracts, and advising a cargo airline in a professional negligence claim (with Patrick Lawrence QC). Jason also has recent experience with cases concerning the carriage of goods by air.

Jason regularly acts in professional negligence cases. Recent work includes Saab v Dangate Consulting Ltd & Ors [2020] EWHC 48 (Comm), [2019] EWHC 2602 (Comm), [2019] EWHC 1558 (Comm), [2018] EWHC 546 (Comm), where he represented shareholders of a bank in a breach of confidentiality claim against ex-Scotland Yard private investigators. Other work includes acting for the claimant against a firm of accountants and tax advisers with respect to negligent advice to invest in supposedly tax-efficient film investment schemes, and advising a cargo airline in a professional negligence claim (concerning both solicitor and barrister negligence).

Jason played Chess at an international level for Wales from a young age and competed regularly for his country for around 10 years. He also represented his college and University during his undergraduate degree.