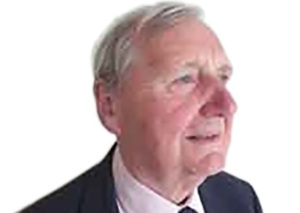 Francis Reynolds Q.C.(Hon.), D.C.L., F.B.A. is an Emeritus Professor of the University of Oxford, and the writer over a period of 40 years of Bowstead and Reynolds on Agency (which has now been taken over by a colleague, but he remains involved in parts of it); also of parts of Carver on Bills of Lading, Benjamin’s Sale of Goods, Chitty on Contracts and English Private Law. He is a titulary member of the C.M.I., and served as one of the Advisors to the American Law Institute in connection with Restatement, Third, Agency. He is standing consultant on English law to Ang & Partners (Singapore) and undertakes international and domestic advisory work, including expert evidence, in the areas covered by his books, including conflict of laws aspects. He accepts appointment as arbitrator, and has sat under ICC, LMAA and SMCA Rules.

Emeritus Fellow of Worcester College, Oxford; Professor of Law Emeritus in the University of Oxford.
Honorary Bencher of the Inner Temple.
Doctor of Civil Law; Fellow of the British Academy.
Honorary Professor, International Law Institute of the IMO, Malta
Titulary Member of the Comite Maritime International
Supporting Member of the L.M.A.A.
One of Advisers to American Law Institute on Restatement, Third, Agency

Francis Reynolds Q.C accepts appointment as arbitrator, and has sat under ICC, LMAA and SMCA Rules.