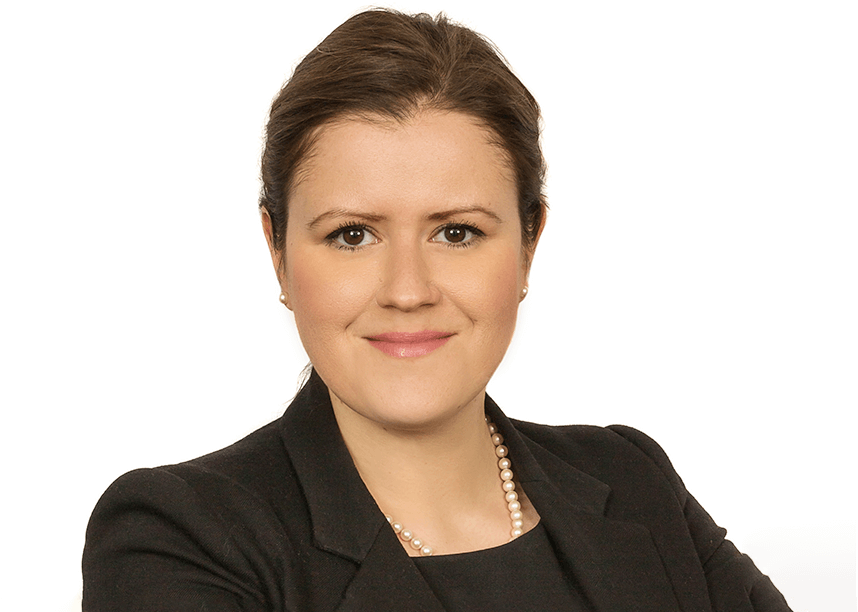 Emma Hilliard has been described as “a highly intelligent advocate” (Legal 500 2022) and specialises in commercial litigation and arbitration with particular emphasis on various types of contractual disputes (having previously been a Supervisor in Contract Law at Gonville and Caius College, University of Cambridge, 2005-2006).

Her areas of practice include insurance and reinsurance, shipping, aviation, arbitration, energy, sale of goods, professional negligence, banking, conflict of laws and other general commercial disputes. Emma was called to the Bar in 2006 and joined 7KBW as a tenant in 2007, following the completion of her pupillage here. As well as appearing in Court (the Court of Appeal, Commercial Court, Queen’s Bench Division, London Mercantile Court and County Courts), Emma has substantial experience of appearing in confidential arbitrations. She acts as sole counsel in smaller disputes in Court and arbitrations and as junior counsel (including as part of a team of counsel) in larger trials and arbitrations.

Emma Hilliard has been recommended for Aviation for the last 9 years. She is currently ranked in band 3 of Legal 500. She has been described in Legal 500 and previous editions of Chambers Partners UK as “a junior impressing the aviation market”, “a rising star”, “An excellent junior for aviation matters”, “very bright and has a strong reputation” and “particularly active in complex aviation insurance cases” – see further the “In the Directories” section below for quotations.

Emma Hilliard has been instructed in a range of commercial disputes including a range of different types of contractual disputes covering areas including sale of goods, banking, aviation, energy, insurance and reinsurance, shipping and commodities. Prior to commencing practice, Emma was previously a Supervisor in Contract Law at Gonville and Caius College, Cambridge University (2005-2006).

Emma Hilliard has experience of a wide range of insurance and reinsurance disputes acting as sole counsel, led by a QC and as part of a large team of counsel. Emma is recommended (band 4) in Legal 500 2022 for Insurance and Reinsurance, where she is described as “a highly intelligent advocate”. Emma has also been described in the Aviation section of the Chambers and Partners UK Bar Guide 2016 as: “An aviation insurance and reinsurance specialist with a growing practice in the area. She is very bright and has a strong reputation.”  Prior to commencing practice at the Bar, Emma previously studied Commercial Insurance Law as a postgraduate at Cambridge University as part of her Commercial LLM (First Class, 2004-2005) and then supervised contract law at Gonville and Caius College (2005-2006).

Emma Hilliard has been instructed in a number of cases involving claims against professionals, including in particular insurance brokers.

Emma Hilliard has experience advising, settling statements of case and appearing in Court and in arbitrations (including on LMAA terms) in shipping disputes. She has been instructed in a wide variety of charterparty disputes. Emma is recommended for Shipping (band 4) in Legal 500 2022.