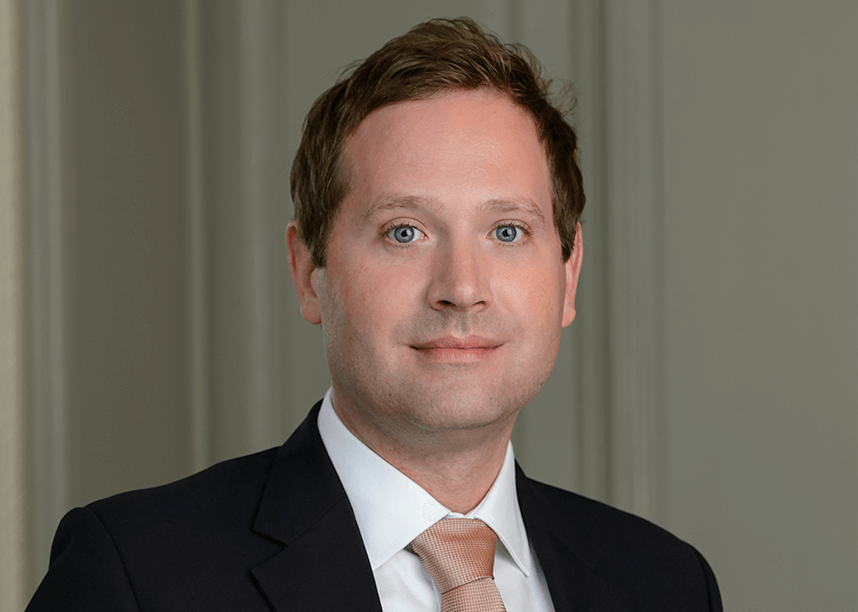 ‘A rising star; he is thorough, intelligent and reliable.’

'… extremely intelligent, very thorough and has a strong understanding of the commercial context.'

Jocelin’s practice covers all aspects of commercial litigation and arbitration, with a particular emphasis on shipping, private international law, insurance and reinsurance, and banking (particularly derivatives).

Jocelin has appeared at all levels of the court system, including the Supreme Court of the United Kingdom and the Court of Appeal. His practice covers a wide range of commercial litigation, including charterparty and (re-)insurance disputes, as well as finance and banking, civil fraud and conflict of laws. Recently instructed on a large-scale action involving the alleged mis-selling of a US$1bn synthetic leveraged option on a fund of hedge funds, Jocelin was also instructed by the Defendants in the Djibouti v Boreh matter (a US$150m claim heard over ten weeks before the Commercial Court) and by the successful appellants in The “Alexandros T” (a landmark jurisdiction dispute under the Brussels Regulation that went before the Supreme Court).

Previously, Jocelin worked as an investment banker for several years in Paris, London, and latterly as an equity derivatives trader with Credit Suisse in New York, where he was responsible for the US single stock correlation book and the Nasdaq exotics book. Jocelin has extensive experience in capital markets instruments, including swaps (and associated ISDA agreements), derivatives (both vanilla and exotic), and structured products generally.

Prior to coming to the bar, Jocelin completed a PhD at Cambridge University on the application of mathematical modeling to customary international law.

Jocelin is frequently instructed in cases involving commercial fraud and dishonesty, particularly in relation to banking and derivatives.  His experience in this area covers a variety of complex frauds, including broker front-running, breach of duty of a calculation agent under derivative transactions, allegations of insurance fraud and the misappropriation of corporate assets.  Actions regularly involve complex questions of governing law and jurisdiction.

Examples of recent work include:

Jocelin has considerable experience in banking and finance. He was a derivatives trader with three bulge-bracket investment banks before coming to the bar, and so has particular insight into the operation of complex derivatives and structured products. At the bar, Jocelin is regularly instructed in banking and finance matters, and is familiar with agreements on the 1994 and 2002 and ISDA Master Agreements. Examples include:

Jocelin has acted in a wide variety of commercial disputes, covering a broad range of litigation and advisory work in addition to his specific expertise in civil fraud, banking and finance, and shipping. Many of the actions in which Jocelin has been engaged involve issues relating to the conflict of law and jurisdiction, including anti-suit and other injunctive relief. Examples include:

Jocelin is regularly instructed in relation to cases relative to insurance and reinsurance. Examples include:

Jocelin has a particular interest in issues of jurisdiction and conflicts of laws, and has regularly been involved in cases raising complex jurisdictional issues.  Examples include:

Jocelin has been involved in several cases alleging professional negligence against bankers/financial advisors, asset managers, and surveyors.  Examples include:

Shipping constitutes one of the mainstays of Jocelin’s practise. He is regularly instructed in relation to disputes arising out of time and voyage charters, bills of lading, as well as unsafe ports/cargo, stevedore damage, vessel performance, and shipbuilding disputes. Recent examples include:

Further, Jocelin has regularly advised P&I Clubs in respect of their members’ rights and liabilities, including: