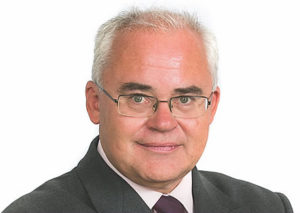 "David is a genius" "A thorough and engaging advocate."Chambers & Partners

David Bailey QC specialises in all aspects of commercial law. High profile commercial cases in which he has recently appeared include leading for the successful appellants in the Supreme Court in The Alexandros T, acting for Lloyds Bank in relation to PPI, and the West Tankers litigation. Much of David’s practice is in arbitration.

David’s experience extends across a wide range of commercial sectors including shipbuilding, aviation, charterparties, the carriage of goods, banking, sale and distribution contracts and insurance and reinsurance. David was named Insurance and Reinsurance Silk of the Year in the 2014 Acquisition International Awards. David has written the chapters on jurisdiction and arbitration in Mance et al. Insurance Disputes (3rd edition 2011) and regularly lectures on insurance, reinsurance and jurisdictional issues.  David has also given expert evidence on English law for use in foreign proceedings, appears at mediations and accepts appointments as an arbitrator in commercial cases.

David has acted in three cases that resulted in references to the European Court of Justice and in numerous jurisdiction disputes concerning reinsurance placed in the London market.

David Bailey QC is a Member of the Chartered Institute of Arbitrators. He is also the Chairman of English Sinfonia, a trustee of the Menat Trust and a Fellow of the Royal Society of Arts. He is also a former member of the Great Britain Shooting Team.

David Bailey was born in 1965 and educated at Oundle. He read law at Oxford University, where he was awarded a First Class Honours Degree and the Eldon Scholarship, and at the University of California, Los Angeles (UCLA) where he was awarded a Tuition Fellowship and obtained his Masters Degree in law BA (Oxon), First Class Honours Degree in Jurisprudence. LLM, University of California at Los Angeles (UCLA). Eldon Law Scholarship, Oxford University (1990). Tuition Fellowship; UCLA (1987). Entrance Award and Senior Holker Scholarship; Gray’s Inn (1987 & 1989)

David was called to the Bar by Gray’s Inn in 1989 (where he was awarded an Entrance Award and, later, a Senior Holker Scholarship) and became a member of chambers on completion of his pupillage. He has since practised full-time as a barrister at 7 King’s Bench Walk. He took Silk, in the first year of its reintroduction, in 2006.

David is recommended as a leading silk in the fields of shipping, insurance and reinsurance, and international arbitration.

‘Subject to contract’ and ‘subject to board approval’: Judge confirms no binding settlement agreement in arbitration dispute

[2018] EWHC 1056 (Comm) David Bailey QC and Jessica Sutherland acted for the successful defendant in this section 45 application under the Arbitration Act 1996. As the Judge (Mr Justice Males) commented: “this section is relatively little used but, as this application shows, it has a useful role to play.” The question of law was […]

As an alternative to an anti-suit injunction (outlawed in the EU by Turner v Grovit and West Tankers), the Commercial Court confirms that an award of damages for breach of an English Jurisdiction Clause is compatible with EU law. Mr Justice Flaux’s decision in Starlight Shipping Company v Allianz Marine and Aviation Versicherungs AG & […]

The Court of Appeal confirms that an award of damages for breach of a jurisdiction clause is not inconsistent with EU law. To view the judgment, please click here.

In Conlon v Black Horse, the Court of Appeal confirms that the non-disclosure of commission earned on PPI premium does not render a relationship ‘unfair’, but grants permission to appeal to the Supreme Court.

David Bailey QC and Marcus Mander acted for the Seller before the Court of Appeal in a dispute arising under a Memorandum of Agreement for the sale of a vessel on Norwegian Saleform 1993 terms.  The dispute raised the controversial question as to the Seller’s entitlement to claim the deposit in circumstances where the Buyer […]

In an important judgment upholding the integrity and effectiveness of exclusive jurisdiction clauses generally and settlement agreements specifically, the Supreme Court, reversing the decision of the Court of Appeal, has held inter alia that a claim for breach of a settlement agreement and/or an exclusive jurisdiction clause will not attract a mandatory stay under Article […]

David Bailey QC, Marcus Mander and Elizabeth Lindesay acted for Owners in the latest instalment of the Front Comor case, in which Flaux J. allowed an appeal by Owners from an arbitration award in respect of Owners’ claim against Italian Insurers for equitable damages for breach of the obligation to arbitrate. As is well-known, in […]

Arbitration — Enforcement of English award — Whether declaration is a means of enforcement — Effect of declaration on later EU judgment — Arbitration Act 1996, section 66 — Council Regulation (EC) No 44/2001, articles 33 and 34. David Bailey QC and Marcus Mander successfully acted for the Claimant on an application by the Defendants […]

[2010] EWCA Civ 1050; [2011] 1 Lloyd’s Rep. 399 David Bailey QC and Emma Hilliard appeared in Court of Appeal for the successful appellants in an appeal to from the decision to grant an anti-suit injunction.

[2008] Lloyd’s Rep. IR 182 David Bailey Q.C. and Jawdat Khurshid – ATE insurance Insurance (after the event) – Bank lending money to claimants to fund premium for ATE insurance – Binding authority issued by underwriters to operator of scheme for issue of certificates of insurance to claimants – Policies assigned to bank – Whether […]

[2006] Lloyd’s Rep. IR 704; [2006] 1 All ER (Comm) 665 Dominic Kendrick Q.C. and David Bailey acted in loss of a vessel through fire and the construction of a marine insurance warranty. The true factual position with regard to the crewing of the Vessel at any particular time Insurance (marine) – Yacht insured against […]

[2000] 1 Lloyd’s Rep. 292 David Bailey acted for the Owners – strike clause – proper approach to construction of charterparty Charter-party (Voyage) – Strike clause – Construction – Strike or disruption delayed loading of vessel – Whether strike clause ambiguous – Whether a strike within meaning of clause operated so as to interrupt laytime.

[1997] 2 W.L.R. 401 David Bailey and David Allen acted in this matter involving documents held by one solicitor to another’s order – whether there was a breach of undertaking when photocopies were retained by the second solicitor – whether compensation payable under the Solicitors Act 1974 Solicitor – Costs – Lien – Plaintiffs having […]

[1996] 2 Lloyd’s Rep 395 David Bailey – injunction – jurisdiction to serve out of the jurisdiction Practice – Jurisdiction – Order 73, r. 7 – Court made order for inspection of vessel and service of originating summons on defendants – Alleged failure to comply with order – Whether Court had jurisdiction to give leave […]

Aqualon (UK) Ltd. And Another –v- Vallana Shipping Corporation And Others

June 8, 2020Chubb has been granted permission to appeal to the Supreme Court in what is set to become the leading case on the governing law of arbitration agreements and the role of the courts of the seat in granting anti-suit relief. The Supreme Court has also ordered a stay of the anti-suit injunction obtained by ENKA […]Read more...